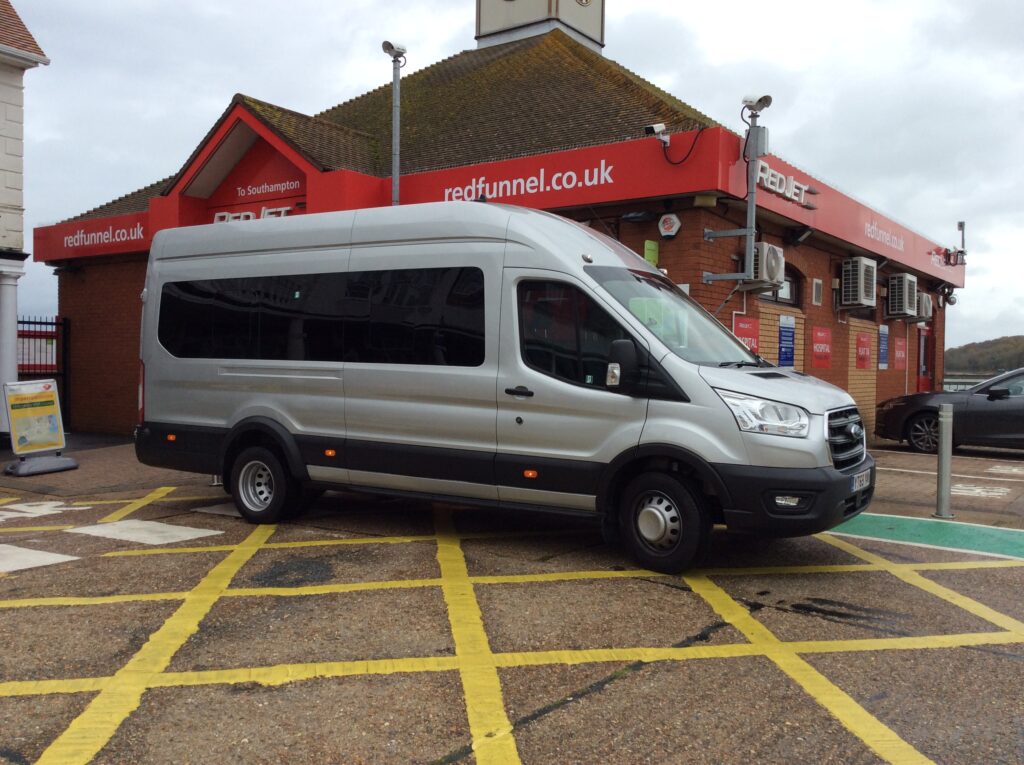 If you require a mini bus for your journey, then TJ Taxi services, can look after your needs. It is essential to pre book the minibus. 01983 520274

It is unknown when the first minibus vehicle was released but it is possible that the first one was the 1935-1955 Chevrolet Suburban or the Volkswagen Transporter, even though the Suburban is thought by most to be an SUV, the first generation to the third generation could have theoretically by classified as minibusses today.

A minibus, microbus, minicoach, or commuter (in Zimbabwe) is a passenger-carrying motor vehicle that is designed to carry more people than a multi-purpose vehicle or minivan, but fewer people than a full-size bus. In the United Kingdom, the word “minibus” is used to describe any full-sized passenger-carrying van or panel truck. Minibuses have a seating capacity of between 8 and 30 seats. Larger minibuses may be called midibuses. Minibuses are typically front-engined step-entrance vehicles, although low floor minibuses do exist and are particularly common in Japan. Minibuses may range in price from £2000 to nearly £100,000

There are many different types and configurations of minibuses, due to historical and local differences, and usage. Minibus designs can be classified in three main groups, with a general increase in seating capacity with each type: