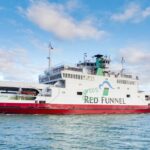 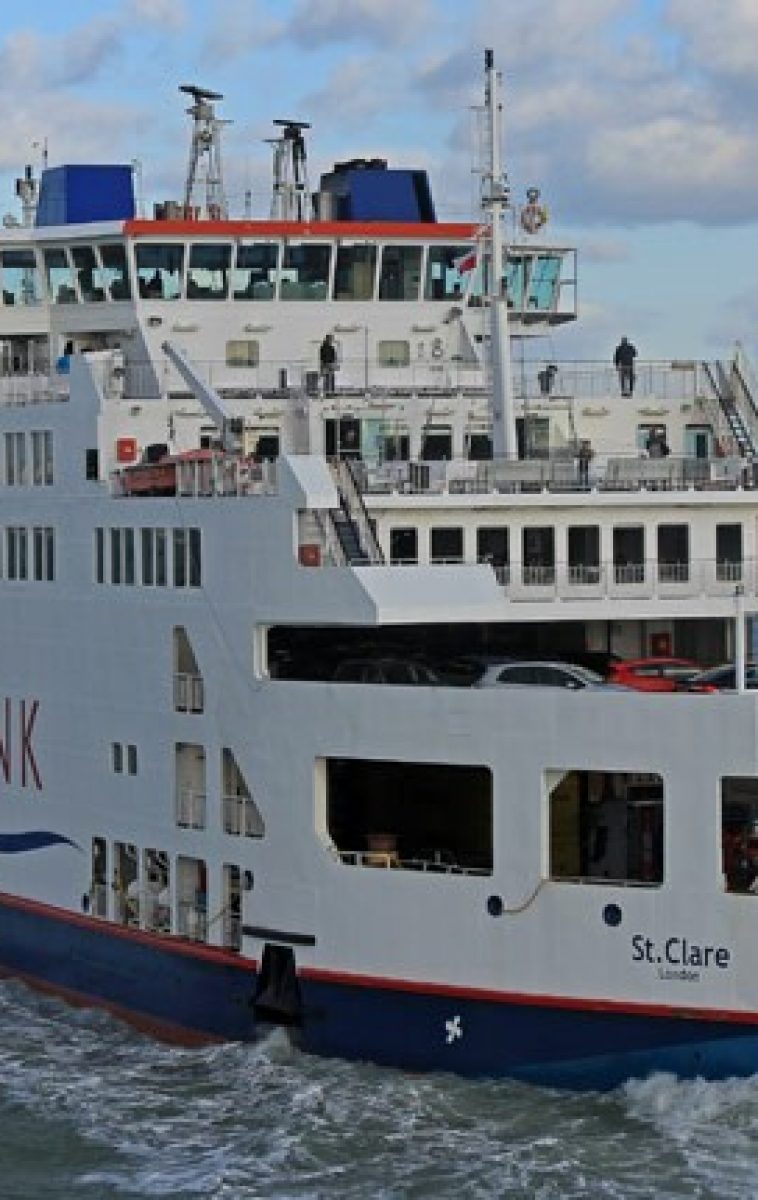 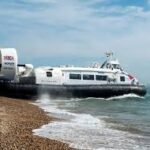 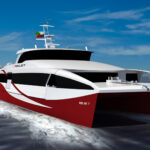 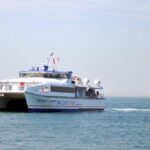 Hovertravel, Red Funnel Red Jet and Wightlink are the Isle of Wight’s Ferry Travel providers, running regular services from the south coast of England to ports on the north side of the Island.

The Isle of Wight Ferry is historically one of the Island’s most famous features with the first recorded service dating back to 1420.

With no fixed link to the Isle of Wight the most regular mode of transport to and from the Island is by boat or hovercraft.

Before you visit check out the latest Coronavirus/Covid-19 travel updates and advice from the Government, ferries, bus and train companies.

The Isle of Wight Car Ferry is by far the most popular way for a family to travel to the island and there are three different ports from which to travel from.

This service is operated by Wightlink and takes approximately 45 minutes. The ferry departs from Portsmouth Harbour and lands on the Isle of Wight in the village of Fishbourne on the North of the Isle of Wight.

This provides easy access to the main towns of Ryde and Newport.

This service is run by Red Funnel and operates between Southampton and East Cowes. This crossing takes up to 1 hour and has the capacity to carry over 200 cars per sailing.

Departing from Southampton hourly during peak season. Once you arrive at East Cowes there are good transport connections to the rest of the Isle of Wight, or a floating bridge service which operates to the West side of Cowes Town.

The main route for traffic takes you past Osborne House, the former residence of Queen Victoria, which is one of the most famous attractions in the UK.

Find out more about Red Funnel

The quickest vehicle ferry service runs from Lymington in the New Forest to Yarmouth in West Wight, which is operated by Wightlink.

Taking only 30 minutes this crossing is popular with visitors and locals as it offers fantastic views of both coastlines, and out of season can often be less busy.

Arriving in the small town of Yarmouth on the Isle of Wight there are good transport connections available.

with the town of Freshwater close-by and the capital town of Newport a short journey by either car or bus.

The Isle of Wight is closer than you might think, and can be reached in just over 10 minutes when using one of the three dedicated passenger ferry services.

All the services connect with corresponding train and bus services, so travelling to and from the Isle of Wight passenger ferries couldn’t be simpler.

For the latest and most up to date Isle of Wight Ferry prices, we recommend you visit the individual travel operator websites, for the latest pricing information and special deals.

The “Red Jet” high speed foot passenger service is operated by Red Funnel and runs from Southampton Docks to the West side of Cowes.

Taking just under 25 minutes the boat departs Southampton and runs down the river, before reaching the Solent and finally arriving at West Cowes.

The service operates every 30 minutes during peak times, and every hour off-peak. Once in West Cowes there is a bus service which picks up right outside the “Red Jet” terminal with connections to the rest of the Island.

Find out more about Red Funnel

The “FastCat” catamaran foot passenger service, which runs from Portsmouth Harbour to Ryde Pierhead, is operated by Wightlink. This crossing takes approximately 22 minutes and is directly linked at Portsmouth Harbour by both rail network services and National Express coaches.

Once the boat arrives at Ryde Pier Head there is a train station at the end of the pier which is serviced by regular Island Trains running as far as Shanklin to the South of the Isle of Wight, and at the top of the Ryde Pier there is a bus station providing transport links to the rest of the Island.

The Isle of Wight boasts the only foot passenger hovercraft service in the UK, which runs from Southsea in Portsmouth to Ryde Esplanade and is operated by Hovertravel.

This crossing is also the fastest service to the Isle of Wight, taking just 10 minutes, and is linked at Southsea to both Portsmouth Harbour train station and “The Hard” bus station by the regular Hoverbus service. After arriving at Ryde the hovercraft terminal adjoins Ryde Esplanade train station and Ryde bus station, both with regular connections to the rest of the Isle of Wight.

Find out more about Hovertravel